Now Trending:
Home
Activity Bands
Microsoft Band 2 – Is The Second Generation So Much Better?
This post may contain affiliate links to our partners. It means that we get a commission if you decide to purchase on their sites - at no cost for you! Read more at the bottom.

The future is here and you don’t even know. What did you think the future was as a kid? Flying cars, hoverboards, a phone attached to your wrist? Well for most of it, that’s slowly coming to reality. Not the hoverboard that doesn’t even leave the ground. I’m talking about the ingenious Microsoft Band.

From the globe-conquering company that brought you powerful word processors, the Xbox and even the game lover’s favorite series “Halo”, the amazing Microsoft Band 2 brings true meaning to technology. 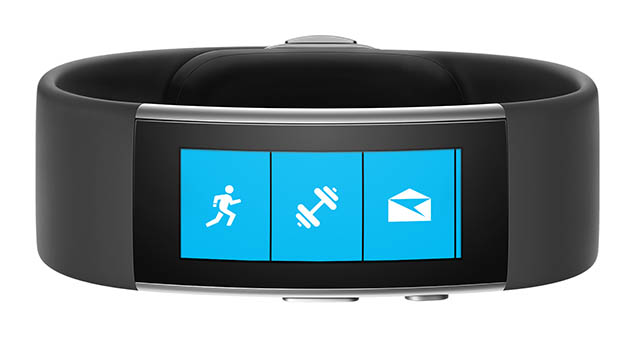 The first Microsoft Band was announced on October 2014, and it soon became the fitness lover’s dream. All it took was a Bluetooth connection to integrate the capabilities of your phone with this smart wristband. Looking down at your wrist to check your messages became a breeze as it came with a 1.4-inch display. The Microsoft Band had a powerful battery allowing you have two whole days of uninterrupted usage. It even had what every Halo player wanted: An integrated personal assistant called Cortana who in the video games was an AI and the right-hand partner of the iconic Master Chief.

If you liked that, the Band also came with some built-in apps necessary for everyday life like the Calendar, Alarm, Facebook and so many more. The Microsoft Band works with Windows phones, IOS, and Android devices, making the Microsoft band a device that’s compatible with different phones. 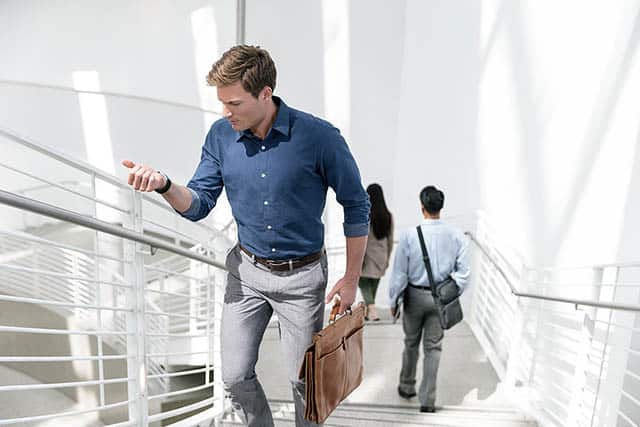 MS Band 2 is your personal assistant and track your everyday activity.

The Microsoft Band 2 comes with a wide range of features:

The Microsoft Band 2 exercise gadget comes with an all-new look. It brought back pretty much the same aspects of the first Band but didn’t exactly make any of it particularly better.

With a smaller but more attractive screen, it had a larger market appeal. A lot of people expected so much more to happen in just a few months but Microsoft pretty much downplayed their ability to wow the people. It was pretty much dipping a piece of gold into a bucket of gold paint. It was still pretty much the same even if it did look shinier. What the people needed were diamonds stuck on it or fireworks anytime you looked at it.

Don’t get me wrong, though.

The Microsoft Band 2 does have some improvements over its predecessor. Yet it didn’t have that video chat app. It didn’t have that waterproof capability. It didn’t even have a camera if you thought that was a good idea. Most importantly, what people want to see is the fact that you don’t need your phone around when you need to take a walk or a run.

This may all be well and true but you have to realize this is just the beginning. All this and more is definitely being thought of at the moment. They made a stable, more or less perfect phone. Why not a Smartwatch? Sure, you’re wondering now what makes the first band different from the second one. Well, let me walk you down on the differences and disappointing similarities (or repetitions) between the first and second generation Microsoft Bands.

The Difference Between Version One and Two

Here is the official product video:

This activity tracker comes only in black and it is not possible to change bands. But you can buy a screen protector so the display will last for a longer time. I would highly recommend it since you will probably bump into this and that all the time. 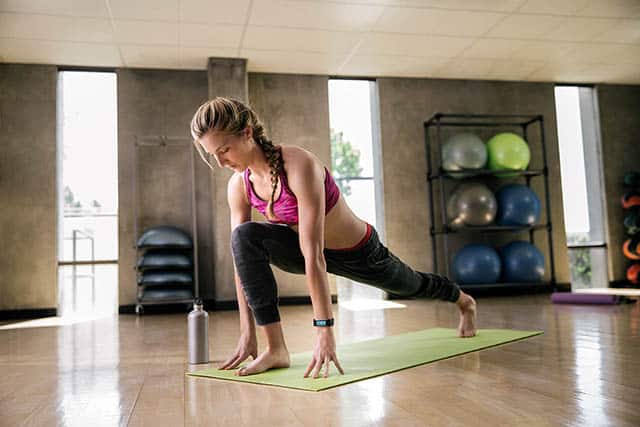 All in all, both activity trackers are amazing investments with a wide range of features and sensors. With the Microsoft Band 2 at an affordable price of $199, your wallet won’t even feel it.

I took the Microsoft Band on a test drive so I will just be putting down the specs on paper. I took the closest long distance landmark and used it to gauge myself. I went as far as 250 meters and I couldn’t help the surprise; I had never felt so connected on so many levels. My phone sat in the bottom of my pocket integrating my smart watch by only tapping the Bluetooth button. I got notifications right to my wrist from Facebook so I wasn’t missing anything.

I could gauge how far I should run at different time intervals with the Alarm app and even make one or two calls to my jogging partners to meet up to my location with both the GPS and call features of the Smartwatch.

Honestly, I felt more or less like a cyborg with how in-sync with technology I was. Done for the morning’s jog, I didn’t just feel refreshed and rejuvenated that I had done a satisfying workout; I also felt a deep sense of accomplishment, having owned such an innovative technology.

It was now only a few minutes before work started so after tossing it away for a few minutes and hopping in and out of the shower. It was back on my wrist. If you don’t mind, having just a colored bracelet on your arm, the Microsoft Band 2 is perfect for even the workplace. Now I can’t get a heart attack with it constantly checking my pulse.  This brings you back to its effectiveness as a safeguard for your health.

All in all, it’s a highly versatile device, a highly recommended watch for people of all lifestyles. Runners, basketball players, golfers, brain surgeons, mountain climbers need to get this activity tracker.

This is only a glimpse of what the future holds and even less on what Microsoft has to offer in a time not too far away.

What’s In The Box

Where Can I Buy Microsoft Band 2?

Remember to buy the right size since there are three sizes to choose from!

If you want more info before buying, check out the reviews from other users here. Like:

“BETTER Then the APPLE WATCH…” By denisa matamoros

“A nice little device that accompanies my journey into a healthier lifestyle.” By A. Utama

If you happen to have any other questions or comments on my Microsoft Band 2 review, do not hesitate to leave me a comment below!

Here are the most important, technical details: