Now Trending:
Home
Activity Trackers
Fitbit Ionic smartwatch – Ionic is the new iconic!
This post may contain affiliate links to our partners. It means that we get a commission if you decide to purchase on their sites - at no cost for you! Read more at the bottom.

When crafty designs need to match with performance in fitness electronic gadgets, then the name “Fitbit” is likely to loom out large. And if you are a fanatic of fitness watches, then, of course, I bet this name is already way too common. Fitbit’s latest release: the Fitbit Ionic ought to have been released on 1st October 2017, but long before then, the watch was already off the shelves may be due to anxiety.

Now, I must state right up front that though the name is not as popular as “Apple”, Fitbit Ionic smartwatch has been one of the rare watches that deserves to be ranked alongside the market’s trailblazers in sporting like Apple watch 3.

Let’s face it; Fitbit Ionic smartwatch has a fairly good outlook which is coupled with features that are way off the charts for an average smartwatch.  It monitors your heartbeats, keeps an estimated count of your strides while exercising, directs you on the shortest paths while hiking (with help of GPS and GLONASS) and channels your phone’s notifications to your wrist while entertaining you with some cool music when doing your workouts.

But of course, this smartwatch too has got its own share of weaknesses that may make you think the contrary.

In this fascinating Fitbit Ionic smartwatch review, we took down the finest details of the watch and we present some of the finest views that could help you make a decision about this watch. Write down your questions and comments at the bottom of the article. 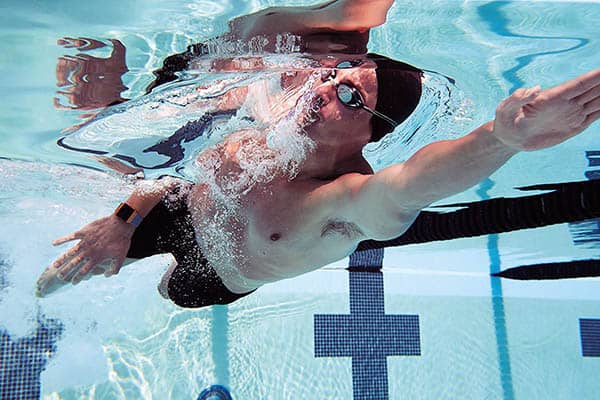 Just like any other smartwatch, this product is packaged with just the Ionic smartwatch device, small and large wristbands, a USB charger/data cable, and a user’s manual.

Other accessories like extra bands and screen protectors are available on Amazon.

Check out: 50 Gift Ideas For Boyfriend

As had been noted before, this smartwatch threw in a new design that is has attracted both love and hate in an equal measure. First, it has a rectangular shape that is much like most of the popular sporting brands. It looks a bit retro-futuristic if you know what I mean. It was released in three main colors: charcoal black, blue-grey and slate-blue. The only difference is that it is much bigger in size and had a noticeable hard-edge bezel that is made by coupling plastic and metal in a process popularly known as “nano molding”. This practice had formerly been popular with smartphones and very few wearable devices have dared to use it to enhance durability.

The activity tracker comes in 3 colors. The middle one is most unique.

When considering the interface, Fitbit Ionic was the first release from the company that implemented their new operating system (Fitbit OS). This, of course, implies that though interface of this phone is not too pretty (when compared with the market leaders); it at least has a better look than its predecessors like the Fitbit Blaze.  It also has more watch faces than any of its predecessors and is way more too easier to customize and use.

It looked to have a sportier look and more advanced interface than the Blaze (in my opinion), but when I shared this, I, of course, got a critic of the same (he must have been the world’s best critic. I mean it). “…ever seen that guy with well-kept hair who visits all his neighbors, borrows a concussion of all their hairstyles wrongly?” started one of my critics. “Yes of course”, I responded. “Now, instead of applying those styles, the boy goes ahead and shaves completely, does a tattoo on the shaven head and then comes over to say “Hey yo! I am the bad boy here…” That is exactly what Fitbit Ionic smartwatch has done…” he concluded dissatisfied with my description. He, of course, criticized the flat look, the noticeable bezel, the poor graphics… I mean, I could have hired him to be my chief designer (if I was a watch designer). That aside, I still hold onto the fact that his watch was pretty good and utilitarian.

Battery information is always a key factor to know more about. This watch has a normal USB charging mechanism with the same charging cable doubling as a data transfer cable. Once charged, it can stretch a maximum of 5 days or 10 hours of GPS streaming. 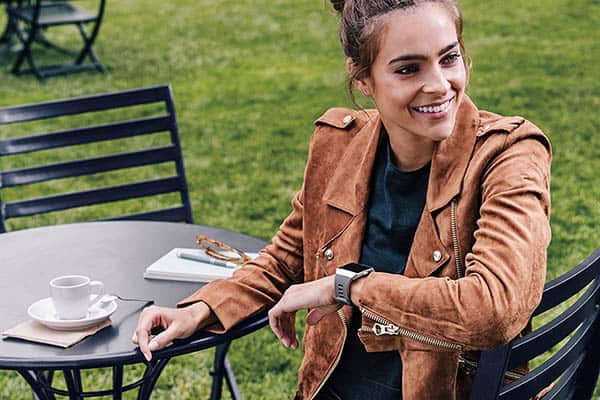 Other cool features and specifications

Some of the main features you are likely to meet in the Fitbit Ionic watch are the following:

Apple iWatch 3: This watch performs much like the Fitbit Ionic does. The difference is that it has a better user interface and somehow it has got a better way to help one when training. I’d argue that while Fitbit Ionic tells you to “stop after 20 minutes”, the Apple watch 3 just waits for the 20 minutes and shouts “STOP!”. Then again, Apple is limited in that its battery does not stay as long as that of Ionic and that Apple only supports iOS while Ionic supports iOS, Android and has provisions for Sailfish OS.

Garmin Vivoactive 3: Fitbit ionic and Garmin Vivoactive 3 share a lot. In fact, I often find it hard to rank one as being any better than the other. Then again, Vivoactive 3 has got a better design and a slightly better battery life than the Ionic. On a simple assessment, Ionic seemed to be more durable when subjected to physical stressing than the Vivoactive 3. That’s basically the notable difference between the two. Not unless you wish to toss a dice of course.

Fitbit Blaze: You may have noted that I compared the Fitbit Ionic almost exclusively with the Blaze. Blaze is the predecessor of the Fitbit Ionic. It was classier in design but missed to check most of the boxes that the Ionic has successfully checked. Blaze didn’t run on Fitbit OS, it had few applications, had quite a number of bugs, had only 4 watch faces and it was generally slow in processing.  Fitbit Ionic has been a much better watch when contrasted with its immediate predecessor: the Fitbit Blaze. 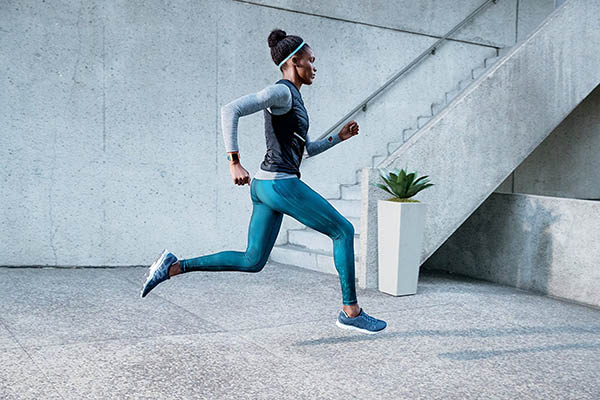 This watch has not been assessed much since it is still new and hot in the market. However, on a keen assessment, we did on the watch, we were able to notice the following characteristics of the watch: 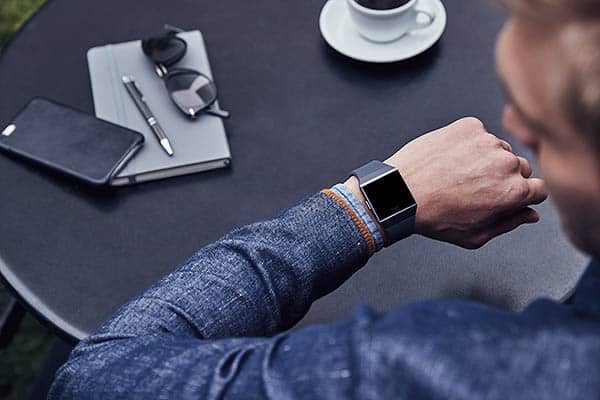 Let’s relax with an official product advertisement video before the conclusion:

Fitbit Ionic is all about being utilitarian and less about being classy. As had been highlighted before, this new smartwatch has attracted an equal measure of love and hate. I did accept the fact that Fitbit may actually be struggling with the concept of gaining an identity and that of being acceptable to the rapidly changing market hence the designing conflict. However, when the issues to do with design and the few bugs settle, this watch is surely a watch worth buying. Even more, the $299 price tag is something irresistible.

This watch’s current online rating actually is 8.9 out of 10. This makes it a great watch as only about 10% of buyers are likely to be dissatisfied with the purchase.

Where can I buy Fitbit Ionic?

Buy directly in the Fitbit Shop  or buy in my favorite and trustworthy online store, Amazon both in Europe and US. It is an Amazon Choice and Best Seller product and has a product rating with 4 of 5 stars based on reviews from customers:

Click the button to check recently updated price and additional info and reviews.

I’m curious to know more about your own experiences with this fitness tracker if you own it yourself. Anything good and bad. If you have other questions or concerns, write them down in the comment section at the bottom. Here are a few examples of what other Amazon buyers have to say about this activity tracker:

Interesting topic: How To Select The Best Fitbit For You

Have a nice day.