Now Trending:
Home
Articles
What is a Fitness Tracker?
This post may contain affiliate links to our partners. It means that we get a commission if you decide to purchase on their sites - at no cost for you! Read more at the bottom.

What you should know about fitness trackers

For all those who are looking to lose weight simply by getting out of their homes and cars and walking around, there is an excellent device that now millions of people around the world use. It is a called a Fitness Tracker, or activity tracker, and it is a device (usually worn around the waist, attached to a belt) that keeps track of how many steps a person has taken during the day. It can also keep track of other things, such as the distance run, the number of calories lost, daily calories intake, heartbeat, and sleep quality.

All of those are very important for people who are trying to stay fit and lose weight!

Today, many of these devices offer connectivity with a smartphone or a computer, which allows better data storage, as well as easier access. 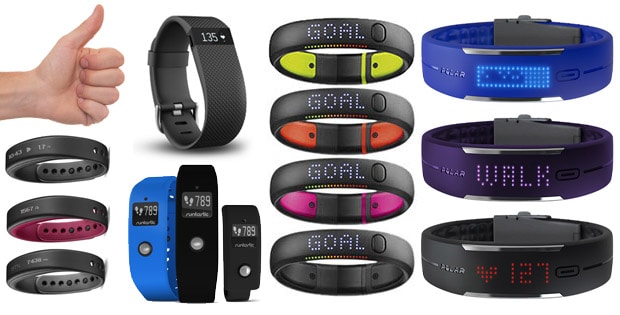 The fitness trackers have evolved from simple wearable heart-rate monitors which were used to monitor and log heartbeat of a person on the go, when such monitoring was required. After some thinking and tinkering, the scientists came up with the idea that a device worn around the waist can be used to keep track of how many steps you make during a day.

Such devices were called pedometers and have started to be available for electronics consumers somewhere at the beginning of the 21st century, even though similar devices (not electronic, of course) were invented by Leonardo Da Vinci himself. However, recently, they have become increasingly popular, with the introduction of the Fitbit and the Jawbone’s UP, and they have seen their real expansion since 2010. 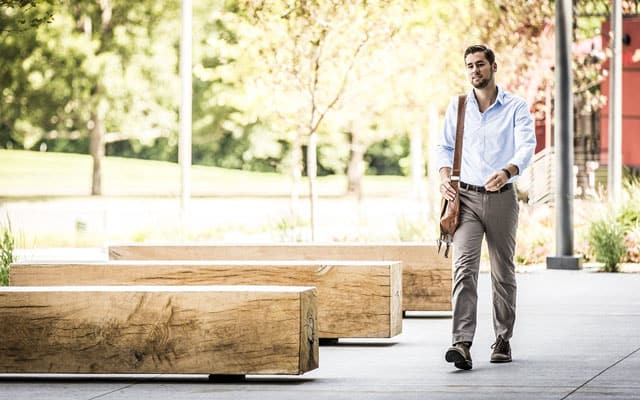 How do they work?

One should realize that while pedometers (or fitness trackers) only work to measure the data relevant to exercise and weight loss, there are other ways in which these devices help you get in line and stay sharp and fit.

No one can do the walking for you, so, simply by getting one of these, you will not lose weight by itself. Instead, it takes hard work.

However, helping you with that hard work, a pedometer is a device that is usually worn around your waist. Basically, it registers your body moving up and down as you walk and it counts each up-down motion as one step.

At the end of each day, you are able to see how many steps have you made that way, and then calculate the distance covered and calories burned during that time.

Other fitness trackers are usually worn around wrists or ankles and they have other features aside from counting your steps. As was already said, they help you with many other aspects of losing weight. If you have any other questions, ask them in the comment section below and they will be answered shortly.

If you have any other questions, ask them in the comment section below the video and Conclusion at the bottom and they will be answered shortly.

Do they really help?

There are many concerns regarding the accuracy of these devices and whether they tell the real number of steps. This can easily be checked, simply by turning the device on and then walking 20 paces in any direction. Once finished, check the device and see how many steps it has counted. Usually, anything between 18 and 21 steps is tolerated and acceptable.

However, the more important thing about their usefulness is the fact that they are extremely motivating! 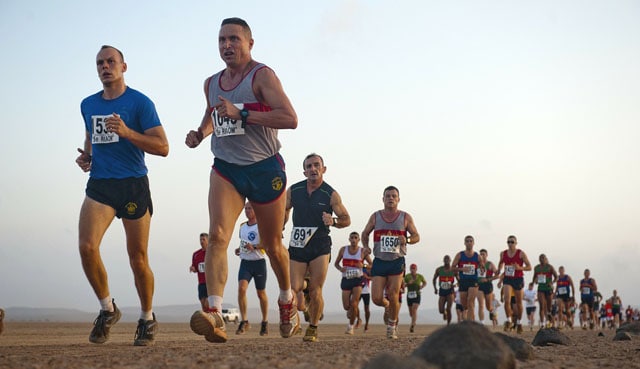 They allow you to count the steps that you make during the day and then compare that number with the number of steps that you should’ve taken that day in order to lose the predefined number of calories. And once you go for your first walk with a fitness tracker, you will be surprised at how many steps you actually take each day. From then on, it only takes a little more motivation to keep on walking in order to reach the desired number. Some of these offer a progress tracker, which will show you how the numbers increase with each day, using a chart.

Also, a lot of people do not realize that they are burning calories when they are walking around doing chores. This helps show them that everything they do counts, making it easier for them to continue working out.

Basic (and not so basic) fitness tracker features

The most important thing that every fitness tracker has is, of course, the feature to count the number of steps taken during a day. This is their primary function and if you get a pedometer (the basic models cost around $10), that’s the basically the only feature that you are going to get. Also, most pedometers and activity trackers offer storing the data for up to 7 days (while more sophisticated models offer storing up to 30 days of activity).

However, it is also possible to find trackers on the market which have some more advanced features. For example, some trackers can differentiate between casual steps and aerobic steps, which are different because the distance covered with aerobic and casual steps is not the same (as well as calories burned). While on the subject, there are also trackers which offer to calculate the distance covered and calories burned, so that you don’t have to. Also, some of them will tell you how long you were walking and/or have a stop-watch included.

As already mentioned, some trackers have the option of displaying a progress chart, which is always useful, motivating and allows for an easier display of your progress. Some will even allow you to set goals for yourself so that you can work on achieving them each day. Most of them are compatible with iOS and Android operating systems, as well as with PCs, so that you can connect them to your smartphone and use the data in new ways (like the new HealthKit service that Apple has come up with).

Read my final words below this CNET video explaining a bit more.

Fitness trackers (be they simple pedometers or more complex activity trackers) are highly useful tools which help you be on your way when it comes to staying fit and losing weight. In both ways, they improve your overall health, even though they do not do anything in particular to your body. These simple measuring devices keep track of things that humans by themselves never could and can easily become our best friends in our quest for better health.

If you have any comments other questions to what is a fitness tracker, leave them below and I’ll answer them shortly.