Now Trending:
Home
Articles
Is The Apple Watch The Best Fitness Device?
This post may contain affiliate links to our partners. It means that we get a commission if you decide to purchase on their sites - at no cost for you! Read more at the bottom.

A Few Thoughts On The Apple Watch as Fitness Device.

In the past few years, the fitness market has been overwhelmed by a flood of fitness trackers from brands as far ranging as Samsung, Jawbone, Fitbit, and Xiaomi.

But it’s still Apple who get tech and health fans most excited. And although there are many interesting rumors about a new Apple Watch 2, for the moment we have to make do with the original Apple Watch. So how does it rate compared to some of the competition?

A big part of the appeal of the Apple Watch was how it would liberate us from our phones which meant that it would be the perfect portable fitness device.

And such ideology was seized upon by the brand who not only released a series of fitness-specific models of the wearable device but also developed a string of apps that aimed to guide the user in realizing their full health potential. 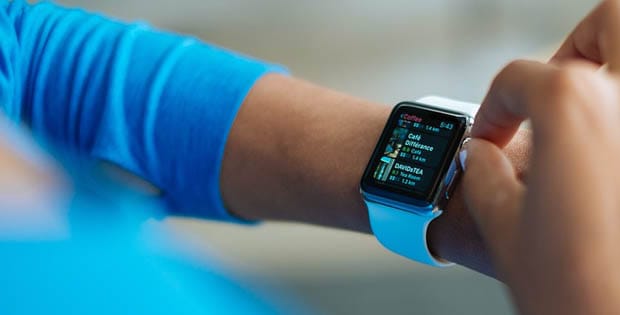 In particular, their preloaded Workout app earned many solid reviews for the way that it could measure your movements and set goals in order to improve your performance.

However, a few people commented that it would still require your smartphone to be nearby in order to function properly. And despite the potential for it being able to do a range of tasks such as writing messages and playing mobile games, such operations were limited on this first generation device.

It’s an issue that Samsung’s wearable devices have tried to counter by including a sim card so that it was no longer a slave to the smartphone. And with the Samsung Gear S3 promising access to over 10,000 apps, we could soon be listening to Spotify, checking our online banking and even winning big at Lucky Nugget’s very responsive mobile casino games all from the convenience of our wrist.

There are Other Alternatives and Competitors

But the impressive technologies of these smartwatches come at a high price, which is why Xiaomi’s Mi Band Pulse fitness tracker still offers the best budget way to get the latest stats on your fitness levels without breaking the bank. And although it might not offer access to those entertaining mobile casino games, it’ll definitely do the job when it comes to giving you the incentive to raise your performance levels.

Not to be forgotten are the Fitbit Blaze and Jawbone UP3 who’ve managed to carve out a niche for themselves in providing highly accurate information without the big brand name. And when Apple decide to finally unveil the Apple Watch 2, it seems like the competition will only get more fierce.

Last but not least, check out this video from Apple showcasing the Apple Watch Series 2:

Which fitness tracker do you prefer? If you have any thoughts or comments, please discuss in the comment section. I’ll answer every single comment as fast as possible.