Now Trending:
Home
Articles
How Fitness Gadgets and Marketing Campaigns are Impacting the Masses
This post may contain affiliate links to our partners. It means that we get a commission if you decide to purchase on their sites - at no cost for you! Read more at the bottom.

Obesity is a global challenge

The global obesity problem is plain for all to see. In 2014 it was reported that 1.9 billion adults were obese with a staggering 39% of said adults over 18-years overweight according to the World Health Organization.

It’s a scary thought to know that nearly half of the adults that walk the planet are considered obese. But, that’s not to say that things aren’t looking up as more and more people are using technology to improve their fitness, track their health in real-time, monitor calorie consumption and much more.

Fitness bands are just some of the innovations that we’ve seen launched to help promote physical exercise to a wider market. And while it’s going to take a long time to insight change, there has definitely been an increase in physical pursuits such as CrossFit and an upswing in annual gym memberships across the globe.

Tabata Times reports there is now 5,000 CrossFit-affiliated gyms since its inception a couple of years back, and the pursuit even holds a major sponsorship with sports apparel brand Reebok. Which just goes to show how quick fitness fads can spread across the world with the right media coverage and following. 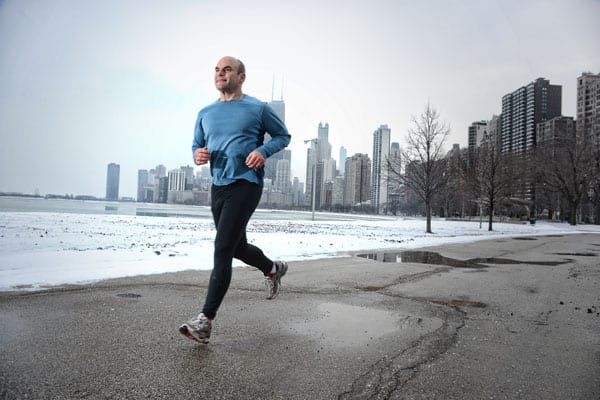 Trends transcend across a multitude of verticals, and the global fitness wearable market is now arguably hitting the peak of its powers. CNET reported early this year that “fitness wristbands, sports watches, and smart gadgets” sold 68 million units according to a study conducted by Gartner. However, it wasn’t looking entirely positive for the gadgets as they were expected to slowly lose sales to other innovative launches on the market.

Thus, major brands like Apple and Samsung are working on their next set of fitness band to compete with the countless already released on the market. The Apple Watch, for instance, has already sold 45.7 million units, which gives manufacturers, especially the ilk of Apple an insight into market potential.

Even the less mainstream sports watches like TomTom’s Multi-Sport Cardio GPS Watch brought something a little extra to the consumer. The Dutch-based company is experts in GPS tracking for vehicles, thus have added expertise when they joined the smart-gadget markets, and for the purists, this watch was something very special.

Then there’s the multitude of Fitness Trackers on the market that people also look to in order for them to track their progress across different pursuits. The best devices include Avantek, My Fitness Pal, Polar Loop, Garmin Vivoactive, Fitbit Charge HR and well the list goes on.

Fitness is a global responsibility and many huge enterprises are now going that extra bit further to try to align their brands with bettering the wellbeing of the population, their customers, and their employees. Multi-national corporations are investing huge amounts of money in sponsorships and campaigns to convey the fundamental reasons why regular exercise is imperative for a healthy lifestyle.

Reebok’s ‘Be More Human’ campaign has been one of the most influential and publicized marketing ploys to get people to live their lives to the fullest. “It’s a rally cry to consumers, urging them to live up to their full potential. It is the culmination of Reebok’s re-branding campaign that started roughly five years ago and includes the creation of a new symbol (the Reebok Delta), strategic partnerships with vigorous events (Spartan Race) and combat sports athlete (Conor McGregor, Johny Hendricks) as well as the Ultimate Fighting Championship. Forbes writer Darren Heitner went on to say “A major part of Reebok’s recent growth is a commitment to CrossFit, which has catered to a massive number of fitness orientated individuals.”

There has been an emerging consumer base of tough-minded individuals recently which has helped drive the Reebok brand while also initiating change among people who had previously shunned activities similar to CrossFit and MMA – both of which have seen participation rates increase.

Health-conscious marketing campaigns aren’t just restricted to sports apparel brands. Obesity has been linked with online gaming for many years, and such a sedentary pastime has worried parents about their children’s lack of physical exercise. Though it’s not just children that are an issue as a huge percentage of online gamers are middle-aged women. There are a reported 2 million online bingo players in the US alone who spend up to $3 million annually. Often bingo players can sit playing for up to 8 hours in one sitting which can have adverse impacts to the health of the player. UK bingo and casino operators recognized this issue and the way it was impacting the brand’s reputation, thus went about thinking of innovative ways to combat the issues at hand. The company ran a series of health Q&As with health professionals to help their player base with nutritional, dietary and general fitness advice according to First Post. The initiative helped the brand be seen in a new light in the UK and helped combat the problems a lack of exercise, limited knowledge on dietary needs and social issues that come with sitting in front of a computer screen for long periods poses.

While participation levels in regular exercise are definitely on the up for adults, it goes well beyond just targeting that specific demographic. Initiating change means convincing adults that living a healthy lifestyle is a tool for the best quality of life they and their family can strive for. By involving adults in regular exercise it also has benefits for the way they influence their children’s diet, exercise regimen and general outlook on life.

It’s definitely a contributing factor as to why the obesity levels in children have dropped by 43% in recent years according to New York Post. However, to continue this gradual improvement in participation levels, it will need marked media and brand campaigns to keep the need to combat obesity at the forefront of the population’s minds.