Now Trending:
Home
Activity Bands
Misfit Vapor Smartwatch for the fitness conscious!
This post may contain affiliate links to our partners. It means that we get a commission if you decide to purchase on their sites - at no cost for you! Read more at the bottom.

Jump around and in the water with the incredible Misfit Vapor Smartwatch.

Misfit Vapor is already way off the charts! Ever since Misfit took the world by storm with its subtle shine fitness tracker back in 2011, it has really been making awesome products. And now that it is part of a fashion company (Fossil Group), Misfit has released activity trackers at a fast pace, partnering with brands like Speedo and Swarovski for prime placement.

It is perhaps popularly known for the Shine 2. At CES 2017, Misfit broke the tradition by throwing in their Misfit Vapor. This happens to be the brand’s first touchscreen smartwatch, which was set to go on sale on October 31st last year after months of delay. It is set to retail at $199.99. 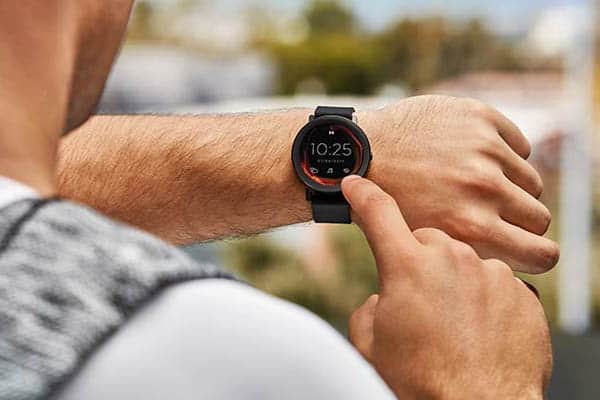 Misfit Vapor smartwatch is simply irresistible. It has a sleek and modern touchscreen that puts everything one needs to stay active, connected and inspired right on one’s wrist. The vapor still feels much like any other Misfit product though with the incorporation of fitness goals at the heart of ones wrist-wear. It also offers more than has been seen before from misfit including apps for weather, messaging among others.

So, guess who it is best suited for…

Misfit Vapor activity watch is best suited for those people who are fitness conscious: people that want a tracker which is able to do a little bit more than just flash when one has reached their set step count. Of course, by using the phrase “best suited”, I mean it can also be used by other people besides just the fitness fans though not very advisable.

You get my point, don’t you 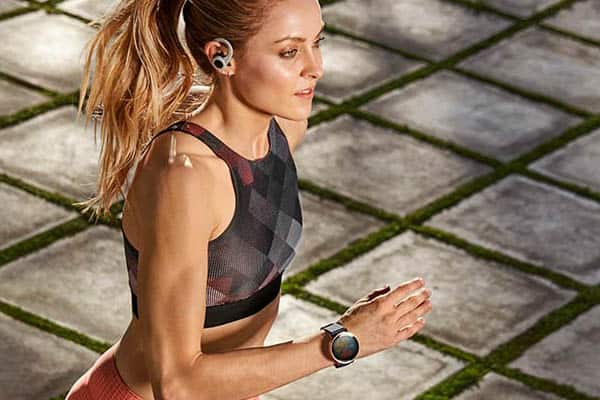 Misfit Vapor activity watch is best suited for those people who are fitness conscious.

The sleek watch features a 1.39- inch round AMOLED display that reaches 326 per inch. It is a round watch face. You will certainly love it if you have only used something like the Moto 360, which continues to have a flat tire look.

Misfits borrowed the accessibility concept from Samsung gear 2. It has a glass bezel that acts as a way to interact with the wearable. One can move fingers around the glass bezel much like a wheel to be able to select their apps of choice on the gadget. There’s a button on the vapor which is a click button to boot up the app selection menu.

Misfit Vapor is made of solid stainless steel with a satin finish that is 44mm in size. In addition, it just happens to be a “one- size fits all” deal which to some people may be a little too large for their wrists.

Now, to Mr. and Mrs. Beautiful, I must mention that the color choices are very limited. Gulp. …They include jet black or rose gold but the straps can be swiped easily to change the look. One strap is included in the box but one can buy other straps as desired from the misfit. There is a ton to chose from.

Then again, if you are just as color-blind as I, then don’t mind, that isn’t a big deal.

Some of the main features of the Misfit Vapor smartwatch are; a large round and bright display, GPS, Bluetooth for music and a heart rate tracker. Thinking about software, Android-wear was not considered contrary to many manufacturers. This was obviously done with an intention of creating its own software that will enable other useful features to be brought from competitors into vapor.

On the home screen, one can tap the clock so as to see the goal of the day. On accomplishing the set goal; some animated congratulation is displayed and on failure to complete it will share one’s stats for that day. There is also a shortcut for the weather, fitness and heart rate trackers.

The Vapor watch runs Android wear 2.0. It has a 1.39 inch AMOLED touchscreen, a Qualcomm Snapdragon 2100 microprocessor that is coupled with a 4GB of internal storage. It uses both Bluetooth and WI-FI connectivity and water-resistant to a depth of up to 50 meters. It also has a virtual Touch Bezel for seamless scrolling and navigating.

In terms of functionality, the Vapor does everything a normal fitness tracker does and many more.

There are sleep and sports tracking as well as the heart rate monitor. One has to take their phone along so as to be able to track their runs since the vapor doesn’t have an inbuilt GPS but rather a connected one is used. It views and displays run and activity routes, metrics, and stats.

On display email, call, text and app notifications plus vibration alerts and alarms are accessible to users. One can connect a pair of headphones to the Vapor via Bluetooth and use 4GB of internal storage to store music for their exercise routine. The heart rate monitor isn’t on at all times but one can boost it from the home screen. It’ll also automatically take a reading in the morning and evening.

Lots of individual color options on bezel and straps.

The Misfit Vapor has some qualities which are both similar to those of other brands of the same nature while others are different from them.

For instance, the Vapor is similar with others like the Tichwatch 2 Active in terms of connectivity in the sense that they are both compatible with Android phones. Another similarity with other brands is in terms of water-proof properties. The misfit Vapor smartwatch is waterproof up to 50 meters just like the Withings Go.

The Vapor is however different from other smartwatches in a variety of ways which are as follows:

The activity watch is different from other brands in the sense that most other brands have in-built GPS such as the Fitbit Iconic smartwatch while the Vapor smartwatch uses connected GPS whereby one has to carry their phone along so as to use the GPS.

The Misfit vapor in terms of weight is thicker as compared to others of a lighter weight such as the Tichwatch 2 Active smartwatch.

Misfit Vapor has a touch-sensitive bezel which can be used for seamless scrolling and navigating and for additional control options as compared with the LG watch sport that has a rotating bezel that scrolls menus, zoom in and so on.

With regards to the shape of the smartwatches, Misfit Vapor is round in shape as compared with its competition Fitbit Iconic smartwatch which is square in therefore the Vapor may be highly preferable to customers.

Misfit Vapor has a lower battery life of 2days as compared with other brands such as Huawei Fit (6 months), Jawbone Up 3 (7 days) and Withings Go (never needs charging).

There’s a 400mAh battery cell inside, which can last two days on average use. But if one is exercising more, they may expect more like one full day of life before charging. The charging is done wirelessly via a magnetic charging cradle which comes in the box.

The Vapor smartwatch is compatible with iPhone and Android phones. It also has a standalone music player plus storage that connects directly to wireless headphones via Bluetooth.

A video about the fitness tracker, and much about jumping and parkour obviously…

Just like every other product in the market, the Vapor smartwatch has both the positive and negative sides to it.

What’s in the box

One should expect to find the following items in the box. Also, check out this unboxing video.

Misfit Vapor smartwatch could be a great choice for fitness fanatics. Misfit’s first foray into smartwatches is an interesting step and offers up a lot of features but at quite a lower price and therefore may be quite affordable to many as compared with the more expensive brands like the LG watch sport.

With wearable fitness trackers being smarter and cheaper, Misfit could be said to be venturing into an already crowded market. Some of these competitors offer products at a more cheaper price like Huawei Fit, having a longer battery life of up to never requiring any charge like the Withings Go and having more apps as compared with the Misfit Vapor and better yet other brands are partnering with Google; it’s, therefore, unclear who may still be interested in the Misfit Vapor smartwatch. But still, one is welcome to try out the product for one never knows what good the watch might do them. 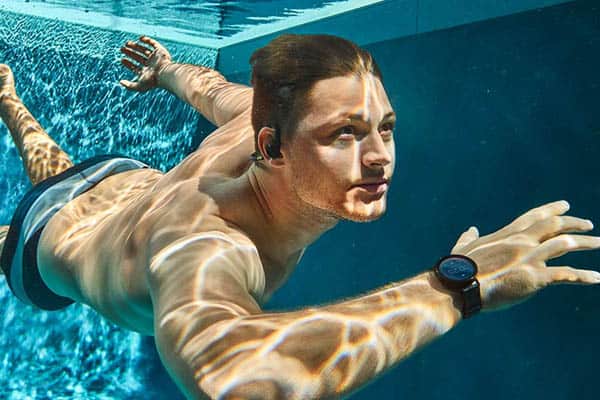 Waterproof is a huge plus.

Where can I buy it?

Check the latest price on the first version and consider buying it from my favorite and trustworthy online store, Amazon both in Europe and the US. Click the button to check recently updated price, user reviews and additional info.

Here are a few examples of what other happy Amazon buyers and reviewers have to say about this product:

“Awesome watch for the price!” by David Salgado

Did you find my fitness tracker review of this product useful? Let me know in the comment section.